Educational premises were severely hit and devastated by seasonal floods and military operations, leaving local students short of schools and, hence, had to study in the open air, in tents, above building roofs or in make-shift schools. The situation worsened in summer and winter due to harsh weather conditions.

Students had to move elsewhere where they could not afford exuberant living costs, and with transportation infrastructure severely damaged they took hours to get to make-shirt schools. It became even worse for girls who could not commute to distant schools. Ambitions and dreams of a better life were washed away by floods, thus making students of stricken areas suffer the loss of a full academic year due to lack of schools, universities and institutes. 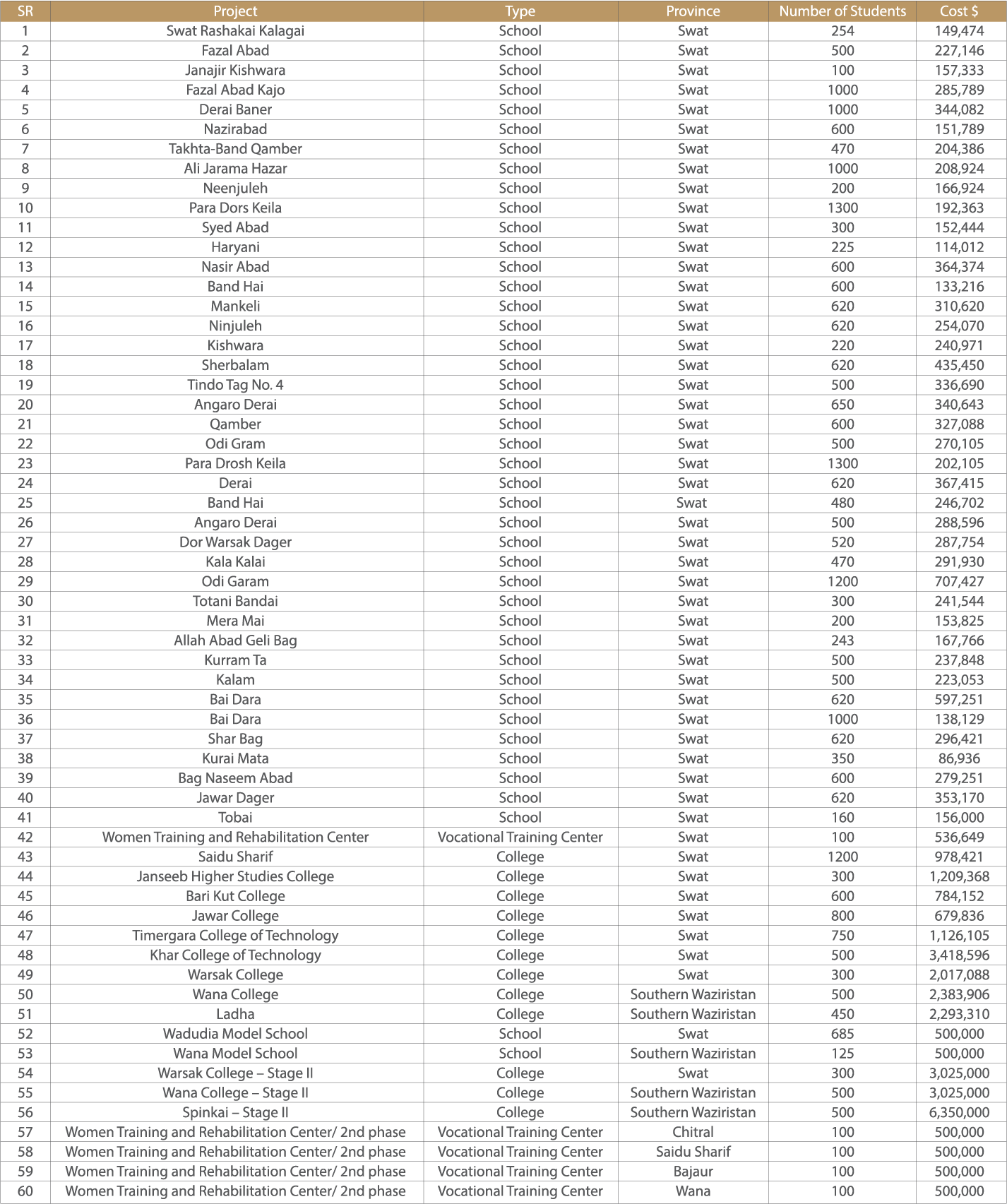